Life in Wine: A Christmas Memory

Life in Wine: A Christmas Memory 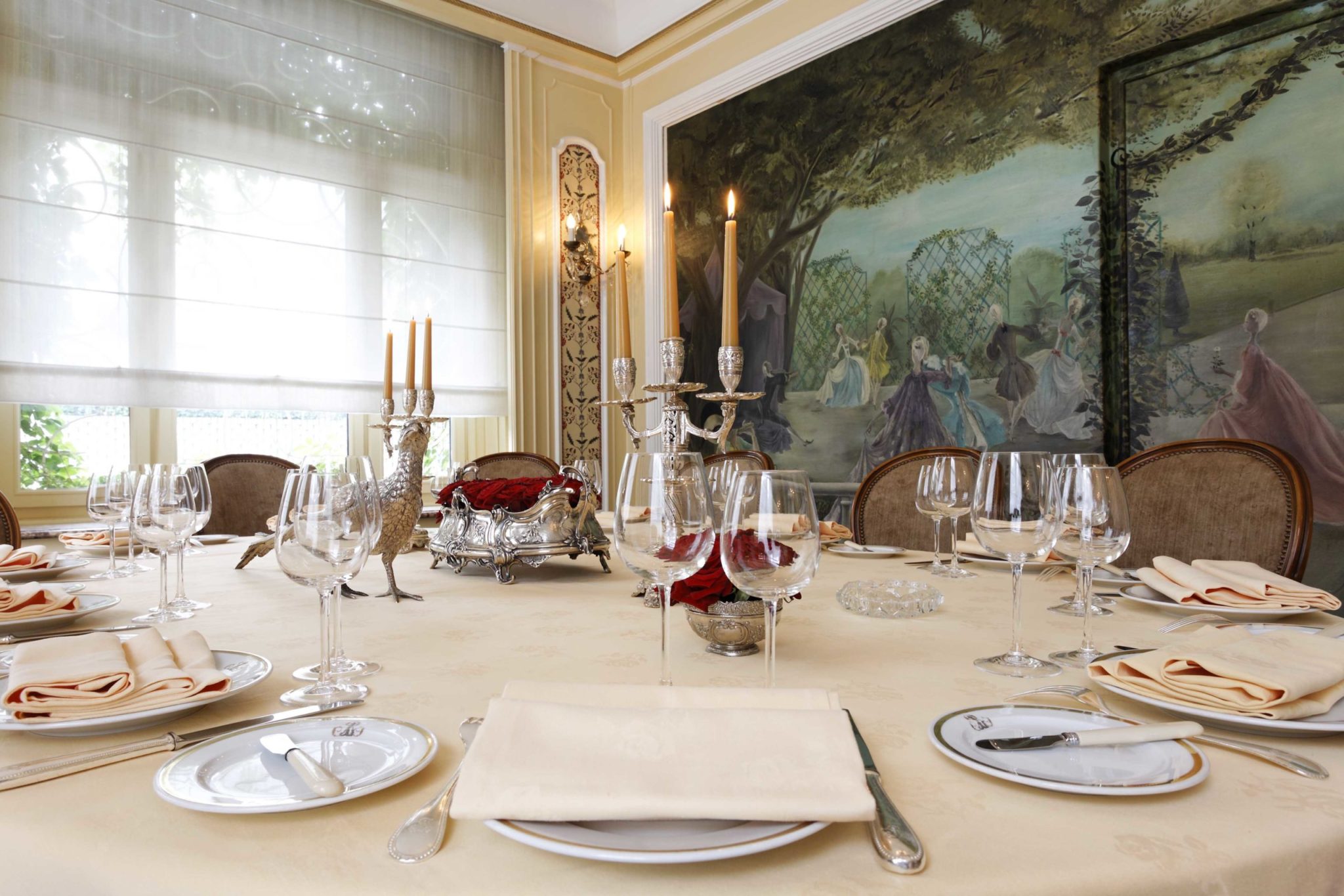 Grandma had decided to “blow it” on our family while she had her wits about her by taking us to Paris for Christmas.  (Very likely my father talked her into it but we will never know.) My brothers and sister were engaged in a pillow fight in their hotel room when I caught up with them on Christmas morning. My focus on the other hand was narrow and my mission urgent: where were we going to have Christmas lunch??

Mon dieu, my father had not yet thought about it, it was Christmas Day, there were nine of us!  Out came the Michelin, and we started at the top of the list.  Lasserre!  My father phoned.  His brow furrowed as he conversed in his best French. “The private room—available?  No extra charge?  Incredible.  We accept!”

Scrubbed and dressed, we hailed taxis and raced from the Rue Faubourg Saint Honore to the Avenue Franklin Roosevelt.  Apart from raised eyebrows the impeccably attired staff greeted us formally and escorted us to the private room (pictured above), with a gracious seating area and small bar.

Breathless in anticipation, I asked for the wine list. The sommelier approached.  As he looked over my shoulder I scanned as fast as I could. The vintages started in the 19th Century and marched forward to the present.

The maître d’ who had been watching the exchange now approached with menus, inhaled, and reared to his full height.  “Mon–sieur, you may find these wines in several restaurants in Paris, but the food only in one!…” The lines had been drawn.

We assuaged the bruised ego of the maître d’ by burying our heads in the enormous menus.  We ordered;quenelles de brochet, caneton, canard, and for me, the foie gras d’oie entier (no dietary restrictions then!).

Suddenly the door to our antechamber then burst open, three waiters pushing a cart with the ancient Mouton carefully cradled on top.  We leapt to inspect the legendary bottle. The sommelier went to work on the cork. Carefully he inserted the corkscrew, and slowly began to extract. His eyes expressed concern. He hunched over and went at it again.  A bead of sweat ran down his cheek.  His assistants crowded around the patient, blocking our view.  “Mon dieu, is everything all right? ”

Without warning, the decanting team exited the room with cart and bottle, rushing the patient to intensive care. Our concern vanished when the long hand painted wall of the room suddenly and silently began to descend, revealing a magnificently set table with floral sprays, silver peacocks, silver candlesticks, silver coasters, silver everywhere.

No sooner had we taken our seats than the decanting cart returned, the empty bottle resting comfortably in its cradle, having given birth to a beautiful crystal decanter filled with a rosy red liquid.  Its sheen, or “robe” as the wine writers had taught me to say, formed a halo around the wine. Who would try it to make sure it was ok?

We all looked at each other, and puckishly pointed to our precocious thirteen year old baby brother.  Making fun of the priestly address of his older brother, he swirled, sniffed deeply, slurped, gurgled, exhaled with an ecstatic “ahhhh,” and pronounced the flavors to be liked pressed roses.  The sommelier, either impressed or having decided to be a good sport, poured the wine around.  Excited beyond measure, I sniffed the wine so deeply that it invaded my sinuses.  Oh no!  I turned around, hoping no one would notice as my eyes teared.

Luckily, Grandma distracted the staff by putting her tumbler on her head, which was her way of asking for another glass of bourbon. That served to score another one for our team, and put the service staff firmly in our camp for the rest of Christmas dinner.

“Dessert wine, monsieur, may I suggest at Rieussec 1928—perfect!” And Armagnac, how about the 1890 and the 1928—why not?  Having countersigned a pile of traveler’s checks and placed them in the waiting hands of an ever growing service staff, we all happily walked out into the dark grey of the late Paris afternoon, the kids to the clubs, and the adults to nap.